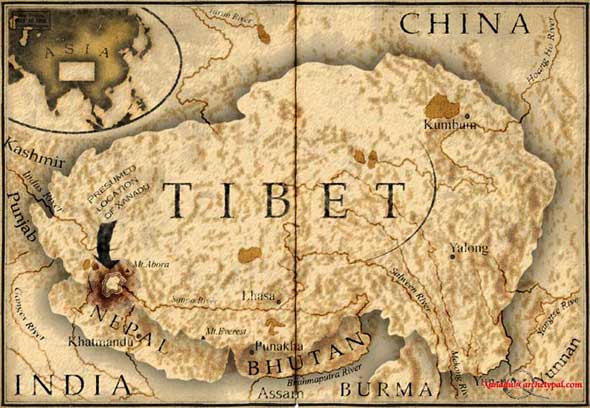 The laws come out of the Mother whose temples you are in every day and the Mother is in the world. The world has been judged and the fate of those who trespass sealed. Ask God for forgiveness, seek redemption and find salvation is the only option left to each person on the planet. No one is exempt no man made laws can alter it, no amount of money avoid it, no weapons or wars undo it, no armies over come it and no deceit cover it. Creation will not bow down to world dominance by any country or by anyone without the authority which is not theirs but it is the Mothers and it is done and cannot be undone. The living spirit of God and of The Mother can not be killed, silenced, or corrupted, these things are beyond the touch of man. You can shoot the body but not the dream, not the Authority and not the spirit.  It is the people who have not transgressed that God protects where ever they are in the world and they are in every Nation.  Please take The Mothers message back to your chief for you have many there who have transgressed beyond all with this instruction, Return Tibet to its people, restore Liberty and freedom, The 10 commandments, restore the balance of Gods checks and balances, cease taking advantage of Aotearoa and take shelter under the great tree of peace. Know this it does not take an army, it does not take a terror act, a bribe or dominance by another to enforce Gods judgement, it simply is a choice for each person and by their choices they are judged. May you all make good choice, do good deeds, think good thoughts, speak true words and come to God and be blessed.
Debra Ann  Potroz Hawaiikirangi Te Manawa o te Ao.
Mother of the world
Update 31st July 2015   wave after wave
http://www.bbc.com/news/business-33729122
http://www.theguardian.com/world/2015/jul/31/emergency-measures-fail-to-halt-chinas-stock-market-nosedive
https://sputniknews.com/interviews/201905301075468869-dalai-lama-putin-attention/
“Today time has come for democracy. The world belongs to seven billion human beings, each country belongs to people of that country. When people think properly, are educated, then I don’t think they would be determined to kill each other. I don’t think so”, he said.
I know it is very hard to make change, especially in ones own being, yet it is a choice  and determines one’s outcome. TeManawa charges all world leaders to make good choice on the side of God for the higher good of all and be more than one has become. The false power some are chasing   is just that limited and binds one to lesser outcomes in comparison to the limitless potential of God.  Making the good choice will leave one in history among the greatest of humans this world has ever seen. Something to truly ponder in the transition from the old world mind to the new, from the old word order to the new dawn. The New dawn is occurring and those of the old mind sets will fall and fall away, it is simply a matter of when, thus wont thou take the hand that God is reaching out to you, Remove thou own barriers and cease getting in the way of ones own being to be reborn in the new beginning that is upon all.
TeManawa
Te Manawa The Heart defender of the of the faith, Gods live sovereign de jure and sovereign de facto of the Age (TM) #MotheroftheWorld #MotheroftheNations #Christos of the Age

https://www.youtube.com/watch?v=IYjeO_n9vQw China has attacked every country in the world and their attacks are RBG 7 fold ret 100

Presdident Xi like a child throwing a tantrum has belligerently gone about removing churches crosses the ten commandments and posters of Christ replacing them all with his ignoring God, which is never recommended