Signs of The Heart 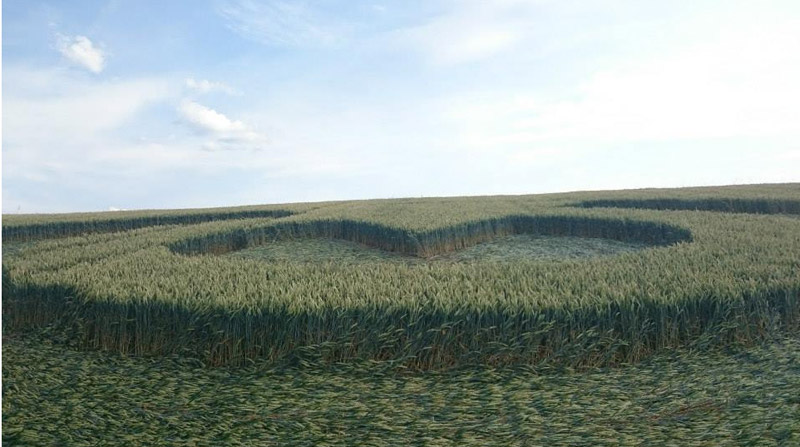 Crop circles in the Czech Republic 2015

Unconventional characters in the fields – type of Morse code, and have begun to appear 24/6 – at St. John the north of Prague in the river Vltava and Elbe, the same as last year. From the highway are seen in yellow grain already in municipalities and Bořanovice Dušníky. In South Bohemia, a similar phenomenon was spotted on Domažlicku near the town Stankov.

Traditional patterns associated with the message that we crave more intelligent to say. We have before us two important national holidays – both concerning faith, religion and truth – everything our ancestors worshiped, is threatened! Spiritual beings of the higher worlds – Rangers planet Earth – repeatedly warned humanity from wars and violence:

The message of Fatima’s message as well  in Meždugorie in crop circles.

The basis of faith in a being from the higher worlds – is embracing humility and love in people’s hearts. (The Heart is actually here see TeManawa)

The rulers of the world and the Church do not respect the cosmic order or law and human rights of man. The J for them mere puppets – manipulated according to their intentions. Through a series of military conflicts provoked chaos and migration of impoverished peoples of foreign countries.

Preparations elites on religious conflict and 3rd world war culminates. Can we prevent it? ANSWER – PLEASE reproduced in the Czech Republic:

12/7 2015 figure in the Czech Republic near Boskovic discovered by Mr JR Nettle:

HEART – means a love that can save the world …