Who is really trying to take down Patriots world wide?

It is not these two entities 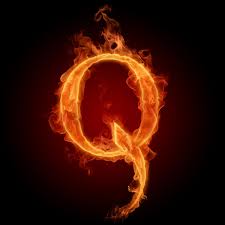 Two wrongs do not make a right

If you stopped putting Alex Jones with #QAnon you would have a lot more likes and followers. Just a suggestion.

Reply; Thanks, but I am an example of wwg1wga.  Alex Jones is not perfect, but he is and has been in this fight for many years. I get more than you think I do. Alex is true, and we need all those in the fight “in the fight”. He is not against Q and has proved himself before God and the people over and over again like Q . No one is perfect and we all need to stand together not destroy each other I am not after likes and followers I am simply spreading the information to those with open hearts

BUT….. Alex Jones DOESN’T stand with ‘us’ #QAnons. You get that right? #Q called him out for the [clown] he is. PLEASE see this and understand what the big picture is when it comes to Alex Jones. He has FED the fear. GET IT?!?!?!

Reply: I get more than you think I do Alex is true and we need all those in the fight “in the fight”. He is not against Q and has proved himself before God and the people over and over again like Q

I have read what you have sent and thank you. Before Q Alex was one of the main platforms giving the information and yes, he has an ego and his platform is a business. Food for thought Trump went on his show before anywhere else, BEFORE HE WAS President, Alex was a great supporter in getting Trump into the White House.  God was the greater.  Here is another thing that most do not know; Before Trump became President Both he and Alex stood before God in the throne room, the other persons with them was Putin and Farage, 4 in all, they are the elect. That means God anointed, trust that.

All four are under Gods protection and have their parts to do. They are doing just that.  So, before people start condemning each other, those who are on the same side, heed my warning

Alex Jones over Q, speculates they will be blamed for “staged attacks”

A Tree and its Fruit
…22Many will say to Me on that day, ‘Lord, Lord, did we not prophesy in Your name, and in Your name drive out demons and perform many miracles?’ 23Then I will tell them plainly, ‘I never knew you; depart from Me, you workers of lawlessness.’ 24Therefore everyone who hears these words of Mine and acts on them is like a wise man who built his house on the rock.…

I will continue to post all information relevant to humanities survival. No matter its source.  Give the gift of forgiving Alex he is a patriot. Q was a little harsh too against Alex. He is not the only one with an ego and egos can get in the way. What is most essential to realize is those condemning others often do so as follower’s not doers. When those doing start it falters a finger on the hand of peace and the movement

ALL ARE UNDER GODS JUDGEMENT SHOULD THEY NOT BE TRUE THEY COME UNDER THAT JUDGEMENT AND WILL OCCUR CONSEQUENCES. WHERE THERE IS GOOD IT IS FELT, AR PATRIOTS ASKING QUESTIONS AND EXPOSING EVIL THAT IS A GOOD THING YET KNOW THIS Q IS SUPPOSEDLY A WAR CULT MACHINE AND GOD IS ASKING THE WAR CULT WHICH IS A DEATH CULT TO PUT DOWN THEIR WEAPONS OF WAR AND PICK UP THE TOOLS OF PEACE

Let’s remember this is God’s plan, NOT Q’S  and there is many fighting all over the world, they are the army of God and Q is but one part of the whole. I knew about Q before it was born INTO THE PUBLIC ARENA from a kaumatua (old man) and that means that it is planed by man rather than God so let’s all focus on what is the single most important thing we can do build on TRUTH for lasting foundations – and that is winning this war on humanity by the NWO. I love you all

Build on truth for lasting foundations Introduction I am Debra Ann Potroz, my hapu is Ngaati Mahuta. Born Under the watchful eyes of Mount Taranaki in Aotearoa Land of the long white cloud(NZ) I am descended from a long line of Kings. I was raised by my Tupuna, great ancestors of the past. On July 4th 2007 I was informed by an elder of the council of elders I received and in response accepted succession to the Maori Throne (confirmed Oct 2011). Later in the year this same Kaumatua informed me Mother of the Nations had been conferred adding the elders had called me TeManawa (The Heart) by which I was to be known. Previously an elder of Maniapoto had bestowed the name Hawaiikirangi. There is also official and validated Authority as The word made manifest, Christos, anointed one, since 1999, which has also been documented and recorded since 1992 to current. Barry Brailsford one of our great New Zealand authors released prophesy of the one to come who would hold up a stone at the temple of the 4 winds, he wrote she is the Leader of the Children of Light. In a glass case it waited 5 years for the hands that would lift it. In 1999 they arrived. The profile picture is of the stone (Petros Petra) named "Te Tapu Manawa nui" meaning The sacred big Heart (Manawa nui means Heart, brave, patient steadfast) yet it is the intent of nui to express in this case pure, Immaculate. Green stone is the stone of pure creation. It is the stone of peace, of The Gods, the fish, The stone of heaven and The Grail stone. Poutini is its guardian and is the first star of Orion's belt. It is held up at the gate of Tula on earth under the stars of Orion's belt, by Te Manawa (The heart) the person and first(An) in the sacred marriage as Poutini and Te Tapu Manawa nui in her hands join heaven to earth and earth to heaven. TeManawa as The word (Christos, anointed one) makes declaration standing in the circle of creation - Te means tree thus the true cross of Christ or the logos/word. Those with true hearts being the fertile soil shall find them. Debra also received "the foundation stone" in Maui 1996. Barry is of the Waitaha people, Te Manawa is Maori her (tribe) Iwi is Waikato whose waka is both on earth and in heaven being te waka o Tainui o te Ra. The waka bow is the Pleiades, Aldebaran is in the sail also known as The Golden Arrow and Orion's belt is the stern. TeManawa is The Heart of Heaven and the Heart of Earth. Kuia Taini Drummond explained the people are the heart beat. And thus TeManawa is announced to the world. All material is copyright Soul Directions 1992. Permission must be obtained to reproduce or use. Where permission is given no alteration to the material may be done. Bragging rights TeManawa has two sons, Tristan Pascoe and Samuel Potroz (Hill). Samuel is anointed and was held up to the four winds by Kaumatua Pereme Porter shortly after Samuel's birth in ancient ceremony. Telegram - Song of the Heart
View all posts by TeManawa →
This entry was posted in The Heart and tagged Alex Jones, Anon, Patriots, PRESIDENT TRUMP, Q, QANON. Bookmark the permalink.
Loading Comments...
%d bloggers like this: