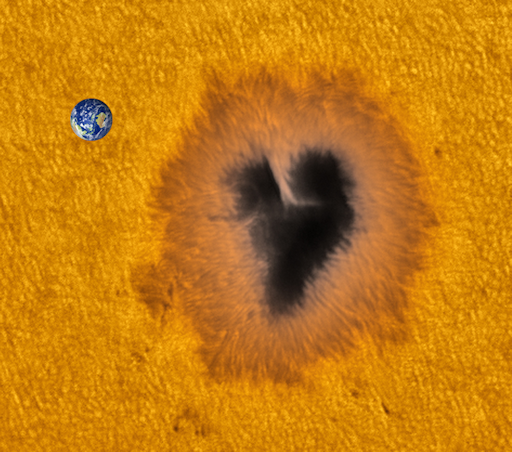 After thirty years of evidence recorded Herstory,  The United Nations censorship on the web has reached out to touch TeManawa on Google and of course earlier on Face Book.

Regardless of ones belief the reality is TeManawa’s office is legitimate, evidence, recorded, acknowledged and witnessed, not only has this occurred but Gods signs and confirmation have been given world wide.

Thus to censor TeManawa is to in effect censor God directly.

At a time when Gods judgement is in effect its not a very sensible thing to do yet as always free will means those so doing are responsible for their own choices. That each attempt by The NWO and their operatives is made ensures their failure and fall 10 fold, is reality and can be observed from the events globally throughout 2016

TeManawa has completed the opening and closing of the seals of the Age and all Declarations and judgement has been written on creation sealed by God and can not be undone by man woman or child thus to so make attempt such as Google and even Face book has simply means they have invoked the consequences by their own choices. It makes no difference to TeManawa having completed the above for what is done will last the Age.

This is reality regardless of ones belief, especially atheist for all must face God eventually they simply chose to do so later. In other words TeManawa has already had the victory and will continue to do so for no one can over come God. TeManawa hopes that Google and Face book along with Main Stream Media begin to stand in truth (not their version of it or justification of that version) for this is the Age of truth and that by so doing come to God repentant that those involved may go about redemption and salvation before it is too late.

Those so involved in censorship of the web go against God, creation, and humanity and one way or the other shall fall and fail either on earth or by Gods judgement on the other side of  life.

Where the Mother is GOD is not far.

SEAL OF THE LIVING GOD – Te Manawa The Heart defender of the faith, Gods live sovereign de jure and sovereign de facto of the Age (TM) #MotheroftheWorld #MotheroftheNations #Christos of the Age. Leader of the children of light  –  The living stone. Logos, word of God, Christ

Note; TeManawa has already gone round such censorship and will do more so in 2017.

Build on truth for lasting foundations Introduction I am Debra Ann Potroz, my hapu is Ngaati Mahuta. Born Under the watchful eyes of Mount Taranaki in Aotearoa Land of the long white cloud(NZ) I am descended from a long line of Kings. I was raised by my Tupuna, great ancestors of the past. On July 4th 2007 I was informed by an elder of the council of elders I received and in response accepted succession to the Maori Throne (confirmed Oct 2011). Later in the year this same Kaumatua informed me Mother of the Nations had been conferred adding the elders had called me TeManawa (The Heart) by which I was to be known. Previously an elder of Maniapoto had bestowed the name Hawaiikirangi. There is also official and validated Authority as The word made manifest, Christos, anointed one, since 1999, which has also been documented and recorded since 1992 to current. Barry Brailsford one of our great New Zealand authors released prophesy of the one to come who would hold up a stone at the temple of the 4 winds, he wrote she is the Leader of the Children of Light. In a glass case it waited 5 years for the hands that would lift it. In 1999 they arrived. The profile picture is of the stone (Petros Petra) named "Te Tapu Manawa nui" meaning The sacred big Heart (Manawa nui means Heart, brave, patient steadfast) yet it is the intent of nui to express in this case pure, Immaculate. Green stone is the stone of pure creation. It is the stone of peace, of The Gods, the fish, The stone of heaven and The Grail stone. Poutini is its guardian and is the first star of Orion's belt. It is held up at the gate of Tula on earth under the stars of Orion's belt, by Te Manawa (The heart) the person and first(An) in the sacred marriage as Poutini and Te Tapu Manawa nui in her hands join heaven to earth and earth to heaven. TeManawa as The word (Christos, anointed one) makes declaration standing in the circle of creation - Te means tree thus the true cross of Christ or the logos/word. Those with true hearts being the fertile soil shall find them. Debra also received "the foundation stone" in Maui 1996. Barry is of the Waitaha people, Te Manawa is Maori her (tribe) Iwi is Waikato whose waka is both on earth and in heaven being te waka o Tainui o te Ra. The waka bow is the Pleiades, Aldebaran is in the sail also known as The Golden Arrow and Orion's belt is the stern. TeManawa is The Heart of Heaven and the Heart of Earth. Kuia Taini Drummond explained the people are the heart beat. And thus TeManawa is announced to the world. All material is copyright Soul Directions 1992. Permission must be obtained to reproduce or use. Where permission is given no alteration to the material may be done. Bragging rights TeManawa has two sons, Tristan Pascoe and Samuel Potroz (Hill). Samuel is anointed and was held up to the four winds by Kaumatua Pereme Porter shortly after Samuel's birth in ancient ceremony. Telegram - Song of the Heart
View all posts by TeManawa →
This entry was posted in The Heart and tagged Censorship, Christ, Christos, Facebook, Fake news, False News, Free will, Freedom of speech, God, Google, Hand of God, Humanity, Logos, Miracles, New World Order, News, seals, Signs, United Nations, Web, Word of God. Bookmark the permalink.
Loading Comments...
%d bloggers like this: