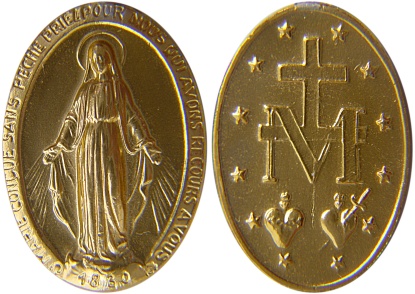 God of Nations at thy feet

In the bonds of love we meet

hear our voices we entreat

God defend New Zealand and the world. Let it be known God does.

Q: If terror reaches our shores and continues in the world or mad scientist release virus to kill humanity off – what happens to them?, or The British Empire continues it ‘s attack on humanity through banking theft that will invoke starvation of the masses, or any of the other parts to Agenda 21 are implemented detrimentally to humanity and our Mother, what will happen to them?

A: Thou shalt not kill. Those that have followed them and They along with all their family, and family lines, lose not only their lives but souls. They are no more in creation, They no longer exist in any dimension past present or future, time of no space or no time. Every contingency was dealt with long before the world was awakened to their evil. No off world haven shall save them from this, no under ground haven shall see them safe. No false promise of reaching heaven or receiving virgins there shall see them exist beyond the life they currently live for they shall never arrive in heaven. No robotic body shall secure them or gain them immortality, No vaccine shall redeem them not even the Devil can save them from this for the Devil has been bound and is tricking them more than they have deceived the world. Truly it is they who do understand for they have nothing left for which to redeem themselves before God. There is no more chances for these or those that stand beside them. By their deeds they have invoked “The terrible judgement” So while they gloat and believe they know more than you, they know less than God. They have been in history and lost they shall lose again this time with the outcome quite final for them.

How do you know this?

Was it not said to the world before my arrival? I have spoken this again as the word and it shall be upheld. Beware the false prophet for they seek the son and at Fatima it was declared what was to be the path of salvation. There was never a time or opportunity to change this degree yet an opportunity to avert the consequence of defying God has been given. Chose now for it is upon humanity now.

Build on truth for lasting foundations Introduction I am Debra Ann Potroz, my hapu is Ngaati Mahuta. Born Under the watchful eyes of Mount Taranaki in Aotearoa Land of the long white cloud(NZ) I am descended from a long line of Kings. I was raised by my Tupuna, great ancestors of the past. On July 4th 2007 I was informed by an elder of the council of elders I received and in response accepted succession to the Maori Throne (confirmed Oct 2011). Later in the year this same Kaumatua informed me Mother of the Nations had been conferred adding the elders had called me TeManawa (The Heart) by which I was to be known. Previously an elder of Maniapoto had bestowed the name Hawaiikirangi. There is also official and validated Authority as The word made manifest, Christos, anointed one, since 1999, which has also been documented and recorded since 1992 to current. Barry Brailsford one of our great New Zealand authors released prophesy of the one to come who would hold up a stone at the temple of the 4 winds, he wrote she is the Leader of the Children of Light. In a glass case it waited 5 years for the hands that would lift it. In 1999 they arrived. The profile picture is of the stone (Petros Petra) named "Te Tapu Manawa nui" meaning The sacred big Heart (Manawa nui means Heart, brave, patient steadfast) yet it is the intent of nui to express in this case pure, Immaculate. Green stone is the stone of pure creation. It is the stone of peace, of The Gods, the fish, The stone of heaven and The Grail stone. Poutini is its guardian and is the first star of Orion's belt. It is held up at the gate of Tula on earth under the stars of Orion's belt, by Te Manawa (The heart) the person and first(An) in the sacred marriage as Poutini and Te Tapu Manawa nui in her hands join heaven to earth and earth to heaven. TeManawa as The word (Christos, anointed one) makes declaration standing in the circle of creation - Te means tree thus the true cross of Christ or the logos/word. Those with true hearts being the fertile soil shall find them. Debra also received "the foundation stone" in Maui 1996. Barry is of the Waitaha people, Te Manawa is Maori her (tribe) Iwi is Waikato whose waka is both on earth and in heaven being te waka o Tainui o te Ra. The waka bow is the Pleiades, Aldebaran is in the sail also known as The Golden Arrow and Orion's belt is the stern. TeManawa is The Heart of Heaven and the Heart of Earth. Kuia Taini Drummond explained the people are the heart beat. And thus TeManawa is announced to the world. All material is copyright Soul Directions 1992. Permission must be obtained to reproduce or use. Where permission is given no alteration to the material may be done. Bragging rights TeManawa has two sons, Tristan Pascoe and Samuel Potroz (Hill). Samuel is anointed and was held up to the four winds by Kaumatua Pereme Porter shortly after Samuel's birth in ancient ceremony. Telegram - Song of the Heart
View all posts by TeManawa →
This entry was posted in The Heart and tagged A TeManawa Blog, A TeManawa declaration, a TeManawa legend, A Temanawa whakatauki, A TeManawa writing, A true story TeManawa The heart, Aldebaran, Annointed, Anointed, Anointed one, Christ, Declaration, Faitma, God, Immaculate Heart, Isis, Jesus, Maori, Mauri, messiah, Queen of Queens, Sacred heart, Science and History, Sheba, Taurus, Te Manawa Museum of Art, TeManawa, TeManawa The Heart - New Zealand | LinkedIn. Bookmark the permalink.
Loading Comments...
%d bloggers like this: